What are the Petplan & ADCH
Animal Charity Awards?

Petplan and the Association of Dogs and Cats Homes (ADCH) have joined forces for the ninth year of the Animal Charity Awards. The awards celebrate the outstanding work of staff and volunteers in animal charities and not-for-profit organisations across the UK, Ireland and Channel Islands. 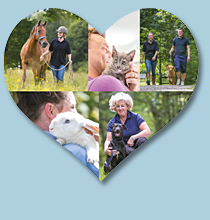 Thank you so much to everyone who nominated and congratulations to all of the nominees. The Petplan & ADCH Animal Charity Awards Ceremony 2021 will take place in April 2021. Find out more about the ADCH Conference here.

The animal charity awards are a great opportunity to recognise the hard work and dedication put in by the teams and the individuals within the animal charity sector who have gone that extra mile to help rescue and rehome animals in need.

The three nomination categories are:

Anyone can nominate outstanding charity teams or individuals, from pet owners and fellow charity staff and volunteers, to friends and family. Every nomination remains anonymous and all nominees will be sent certificates to recognise their dedication and achievements; a great way to boost morale!

Promoting the Animal Charity Awards is a great way for you to engage with your staff, volunteers and supporters.

Use the range of promotional tools available to help supporters nominate your charity team.

Key dates for
your diary